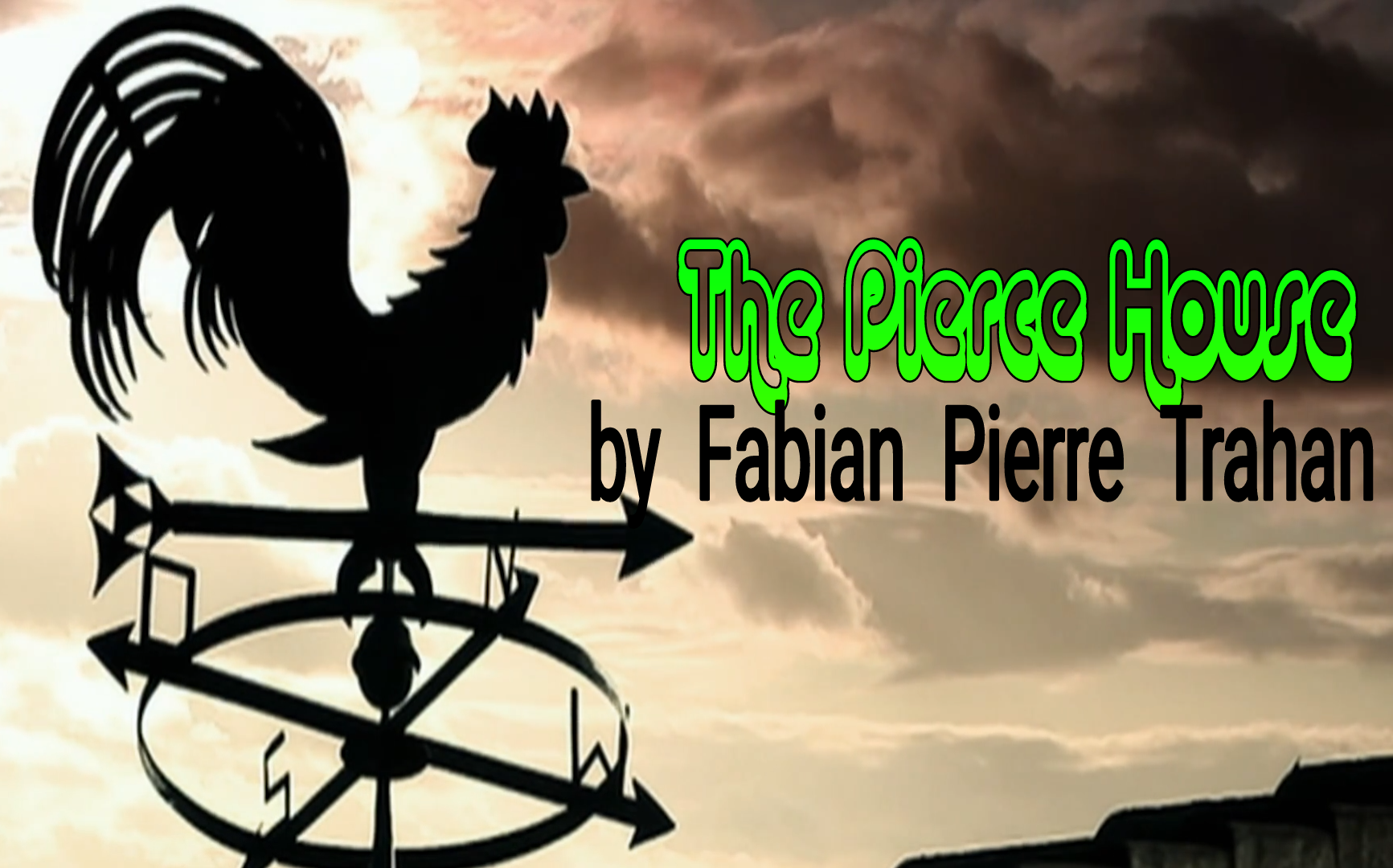 Listen to the eBook

My unintentional journey into the Paranormal began in 1976 when I was nearly 8 years of age.

My family and I lived out in the middle of a field in a large farmhouse.

It was near the town of El Campo Texas, in Wharton County, in a small town named Pierce.

I was told at a very early age that ghosts and such things were not real, and were just figments of one's overactive imagination.

That ghosts were just silly superstitions that could be easily explained, by the character and mental stability of the ones telling the tales.

I had heard noises throughout the house, and dismissed them as the house settling, the wind outside, or the plumbing.

Once, I had thought I had seen a shadow, silhouetted into the sunlit paneled wall, ascend our small stairwell, up onto the second floor.

In one particular instance, I will never forget that our cat, Pyewackett, our white Himalayan, ended up in a storage room that had been previously padlocked shut, by the owners of the property.

We had to bust off a very old padlock, and break her out of the room, and could not for the life of us, figure out how she got into there in the first place! She lived outside.

I had also noticed from time to time, that the water, and sometimes even the lights, would be left on in our Kitchen.

The Kitchen was situated over a well room, that had flowing water running through it, passing into a small cistern, with an affixed electric pump.

I found out later, that water runnning under a house, is often linked to strange happenings.

I often dismissed these occurances in our Kitchen as forgetful family, but on many occasions, I myself, had been blamed for leaving the lights or the water on in our Kitchen, when I had absolutely not done so.

One time, my sister-in-law and I were watching Mork & Mindy, and the TV plug came flying out of the wall!

We never allowed pets into the house, so we knew that Pyewackett could not have caused it, because Pyewackett was laying outside on the front porch!

My sister-in-law Donna and I stared at each other in amazement, but never understood what had happened.

It decided to get more interesting.
I never expected nor desired what I am about to share with you to happen, but sometimes, as I found out later, it chooses to happen to you for whatever unknown reasons.

The most compelling episode, happened in our upstairs bathroom, one August evening long ago. My family left me in charge of the farm that afternoon, so I got started on my chores.

After I finished my chores for the day, I settled in for a nice hot bath, in my favorite of the three bathrooms, in our eleven room farmhouse.

It was the only bathroom with a huge antique bathtub.

After running the hot water, I slipped into it, and almost immediately began to doze off, but had not quite yet fallen asleep..

I was just laying there reveling in the relaxation. In the vanity mirror hanging on the door to my left, I could see a glowing blue ball of dim light, forming into the farthest corner of my eye, where my blind spot usually is.

At first, I thought it was a dream, because I was slowly dozing off, but immediately realized that something fantastic, and quite unreal was going on to my left.

The glowing blue ball started changing into a triangular form. During this, it felt like an air conditioner had turned on in our bathroom.

The air temperature was dropping, as the form in the mirror started taking on the shape of a young girl, wearing a light blue dress with white ruffles and white socks!

I could not move because I was so scared.

I was both paralyzed with fear and extremely curious all at the same time.

It stared blankly at me from the mirror for what felt like hours, but had been only a few minutes passing. Just as I finally found the courage to turn and face it, it vanished with the corner of my eye as I turned to look.

The bathroom started warming up again.

Quite naked, I bolted out of the bathroom, slipping and sliding across the hardwood floor, nearly falling down the stairwell in terror!

In one fell swoop, all of the strange noises and interactions made sense.

Something Supernatural was occurring in our house, and I had just witnessed it!

I decided to keep this to myself, and did not tell any of my friends about this for fear of ridicule.

I kept quiet until a short time after I had started back to school about a month or so later.

It was driving me absolutely crazy not to tell anyone about it.

Missus Wilson, our elementary school librarian, caught my interest from memories of ghost stories she had told us in the library the year before.

She seemed to like such things, often dressing up around Halloween, and festively decorating our library from one end to the other.

She loved passing out candy and telling tales of pumpkins, witches, ghosts and the like.

She seemed like the perfect person to ask about what was happening inside our home.

I was very apprehensive at first...

I decided to make my move, and approached her one afternoon.

Doing so changed my perception of life and death forever.

I nervously approached Missus Wilson, a woman in her early sixties at the time, but full of energy and happiness.

I quietly told her what happened. She digested the story and politely asked me where I lived.

"The Pierce House." I replied.

A look of awe fell over her face as she said:

Her reaction startled me.

At first she looked bewildered, then a look of astonishment overcame her expression..

"Oh, I have heard stories about that old place. In fact I remember something of a story, about one of the family members, who died there many years ago, when I was younger."

I was totally stunned by her remarks.

"Follow me to the back, I want to look up something on the Microfiche Machine."

Methodically sliding through what must have been hundreds of articles, after about 5 minutes, she finally exclaimed that she had found what she was looking for:

"Well, according to this she died in the house in 1947 due to a drowning."

I immediately asked: "WHO?"

"You are not going to believe this, but it was Mister Pierce's Grand-daughter."

I stood there motionless for about a minute, trying to process what I had just heard.

By eliminating the impossible, it had only left the truth.

I was absolutely taken back by this Revelation from Missus Wilson, who asked:

"Did you know ANYTHING about this?"

I repeated twice that I did not.

Missus Wilson then calmly told me: "Truth is stranger than Fiction." and smiled.

Consequently, some years later, about three years after we moved out, that house was destroyed by a powerful tornado.

I will never forget those incredible happenings for as long as I live.

To this very day, it still inspires me to research and try to identify the unexplained...

To research, and identify what we fear.